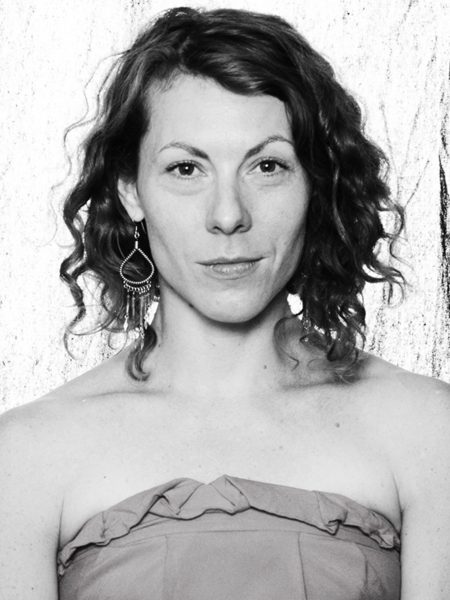 Brianna Lombardo has a quality of transcendence. She draws from the deeper layers of her being, mastering its expression. Her approach is rigorous, humble, and generous, and embodies the richness of the moment. This instinctive performer engages in a dialogue with her artistic accomplices and with audiences here and abroad. She makes art within art.

Originally from Toronto, Brianna Lombardo was professionally trained at the School of Toronto Dance Theatre. After her graduation, she was awarded a Chalmers scholarship and left for Europe to study with several international artists. As a freelance dancer, she worked in Toronto with Michael Trent and Marjash Mrozewski, then in Montreal with Isabelle Van Grimde and Jean-Pierre Perreault before joining the company O Vertigo in 2004.

After dancing for six years with O Vertigo, she took the leap once again as a freelance dancer and has since become a valuable collaborator to Mélanie Demers and her company MAYDAY, Jacques Poulin-Denis and Grand Poney, Frédérick Gravel (GAG), Caroline Laurin-Beaucage, Martin Messier and Daniel Léveillé Danse. She has also been teaching O Vertigo and MAYDAY’s repertoire works and movement to actors since 2010 at the UQAM. She is also a certified yoga instructor and teaches yoga the EDCM’s dancers, among others.