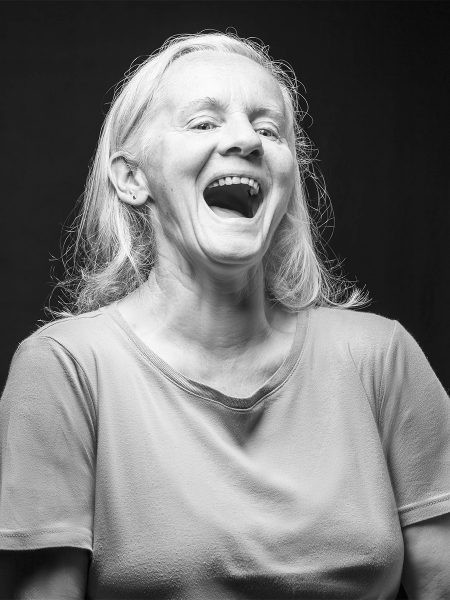 This annual award, created in 2020, highlights dance artists and artisans whose contributions are little known. The jury sought to put the spotlight on the indispensable contributions of collaborators working in the shadows – usually women – as rehearsal coaches, even though the title “Creation and performance advisor” better reflects their true role. Present throughout a choreographer’s creative process, they take notes, often divining the path forward for the creator, or at least having a strong idea of what their ultimate goal is. At once a confidante for the creator, and someone performers look to for guidance, they also interact with various artistic collaborators (costumes, lighting, sets, etc.). Finally, they know the show from top to bottom, and by turns navigate the control room, the stage, the wings and the dressing rooms. They are often the glue, even the mortar, that holds together a choreographic work. Behind the scenes, Ginelle Chagnon has been the driving force behind some major choreographic creation projects with such companies as Danse Partout, Montréal Danse, the Fondation Jean-Pierre Perreault, and Fortier Danse-Création. She has served as a mentor to many young dance artists. She brings a multifaceted perspective to bear on her work. Over and above the creative process, she has refined the art of bringing works to life, in terms of body language, but also delicacy of interpretation, musicality and overall structure, and she does it in a spirit of respect for distinct choreographic writing. The creators and performers who have placed their trust in her know that she can be counted on at all times, across every aspect and pĥase of choreographic production.

Montreal-based dance artist Ginelle Chagnon has been working professionally at deepening the dance experience since 1971. After completing 10 years of dance training at the Académie des Grands Ballets Canadiens, she went on to perform with the latter company and to acquire expertise in contemporary dance, before turning her attention to teaching and the creative process. For a period of several years, she assisted choreographers Jean-Pierre Perreault and Paul-André Fortier, while also teaching in the Department of Contemporary Dance at Concordia University and in professional training schools in Canada.

Her sensitive gaze and her interest in directing dancers led to collaborations on works by several choreographers from Quebec and elsewhere in Canada. In the 1990s, she created workshops geared to non-dancers for the Agora de la Danse, eventually offering new workshops drawing on contemporary dance repertoire. These workshops became the participatory component for the 2015 dance exhibition entitled “Corps Rebelle.” At the invitation of Circuit-Est centre chorégraphique, she collaborated on international artistic exchange platforms as a dance dramatist. Over the past 30 years, she has taken an active interest in documenting dance, and in archiving and preserving Quebec’s contemporary dance heritage. This interest in dance history culminated in the creation of the 2010 virtual exhibition of choreographic works by Jean-Pierre Perreault and the Fondation Jean-Pierre Perreault’s “choreographic toolbox.” Always fascinated by the depth of the dance experience, Ginelle Chagnon continues to support performative projects with dance artists invested in a similar process, in conjunction with her current work in the archival field.