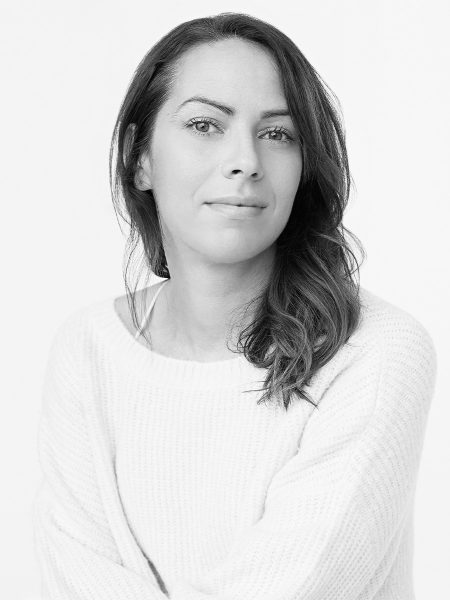 The jury wishes to highlight this choreographer’s creative effervescence, and the great mastery she brings to her art, driven by an implacable audacity that is constantly being redefined through the choreographic form. Gaudet’s vertiginous and passionate writing, and her fascination with the depth and complexity of the human psyche, reflect more than 15 years of research. This year, three of her works were presented in Montreal. Each is unique in its treatment, by turns revealing a self-deprecation, vulnerability, and a power and purity of gesture. Catherine Gaudet knows how to make use of different languages and theatrical elements, drawing on both the spectacular and on minute details. The maturity of her work elicits admiration. The jury applauds and recognizes this artist, who deepens her connection with the other and with art by magnifying them through works that are generous and powerful.

For the past 18 years, Catherine Gaudet has been probing the complexity and ambiguity of the psyche and integrating its contradictions into the flesh. She depicts an elusive reality, a presence in the world animated from within, yet mobilized by external forces. Drawing on this notion, she has developed a universe at the interface between innumerable and ever-shifting identities. Her dance, in and of itself, is a descent, an interpenetration of deep layers that constitute beings destined to undergo perpetual mutations.

Catherine Gaudet holds a bachelor’s degree and a master’s degree from the Dance Department at UQAM. She completed her first choreography in 2004, and in the subsequent two years drew notice with Grosse fatigue – which won an award at the Arhus International Choreography Competition (Denmark) – and L’arnaque. In 2009, she explored the effects of scarcity in her first full-length work, L’invasion du vide. In Je suis un autre (2012), she scratches away the veneer of social facade to reveal the ambiguity of beings struggling with their contradictions, a theme she continued to explore in Au sein des plus raides vertus (2014), shifting her focus to the notion of morality. In 2016, Gaudet and director Jérémie Niel co-wrote La très excellente et lamentable tragédie de Roméo et Juliette, a play that transposes the Shakespearean legend into a one-set piece that is as sensual as it is melancholy. In 2018, she created the works Tout ce qui va revient, which combines three female solos, and L’affadissement du merveilleux, a work for five dancers based on the hypnotic insistence of the cycle. In 2021, she created the solo Se dissoudre, which looks at the perception of time as an illusory phenomenon, and this year she presented Les jolies choses, her most recent creation for five dancers, at the FTA 2022. In addition to her creative activities, Catherine Gaudet was a founding member of Lorganisme, working with the company from 2010 to 2019, and she served as co-director of the Centre de création O Vertigo, alongside Ginette Laurin, Mélanie Demers and Caroline Laurin-Beaucage. She also worked as a guest professor in the Dance Department at UQAM in 2018-2019, and as a lecturer at the same institution from 2019 to 2021. Catherine is currently the artistic and general director of Compagnie Catherine Gaudet, a member of Circuit-Est centre chorégraphique, associate creator at DLD – Daniel Léveillé Danse, and associate artist at the Agora de la danse.