CONSTANCE V. PATHY
Philanthropist, president of the board of directors of the Grands Ballets Canadiens de Montréal 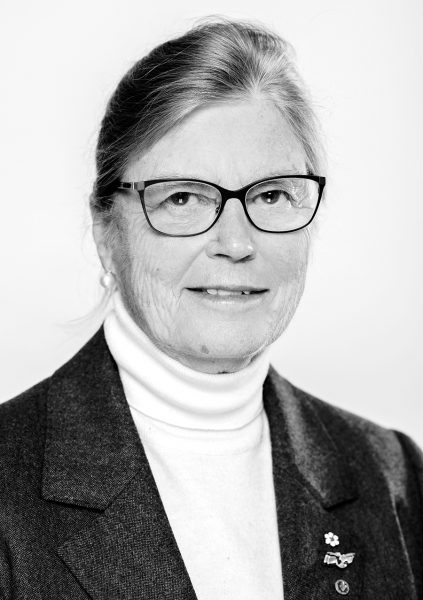 The board of directors of the PRIX DE LA DANSE DE MONTRÉAL was intent on recognizing Ms. Pathy’s contribution to the dance and music communities, as well as her major philanthropic efforts in favour, notably, of the Grands Ballets Canadiens de Montréal, to which she made an exceptional donation meant to help the company develop facilities that meet its needs

Constance V. Pathy studied law at Leiden Law School in the Netherlands, her native country, specializing in international law. On the strength of a grant from the United Nations, she lived in New York City for a year, where she studied the status of women, and in 1960 she moved to Canada, settling in Montréal. There, Ms. Pathy became involved in the city’s cultural scene, sitting on several boards of directors, including those of the Orchestre des jeunes du Québec, the McGill Chamber Orchestra, the Studio de musique ancienne de Montréal (vice-president and interim president), the Canadian Music Competition Inc. (president), and Early Music America. She also sat on the executive committee of the Canadian Arts Summit from 1998 (its year of inception) to 2002, serving as its president in 2000-2001. She is currently involved with the following cultural organizations: Les Grands Ballets Canadiens de Montréal (president since 1989), the Ladies’ Morning Musical Club, the Canadian Guild of Crafts, Brome Beaux-arts, and the Montreal International Sting Quartet Academy.

Ms. Pathy holds diplomas in performance from McGill University, in cello (1971) and viola de gamba (1986). She served on the jury for the Juno Awards (classical music) in 1995 and 2000. She won the Governor General’s Award in 2004, and in 2006 and 2014, respectively, she was named to the Ordre national du Québec and the Order of Canada