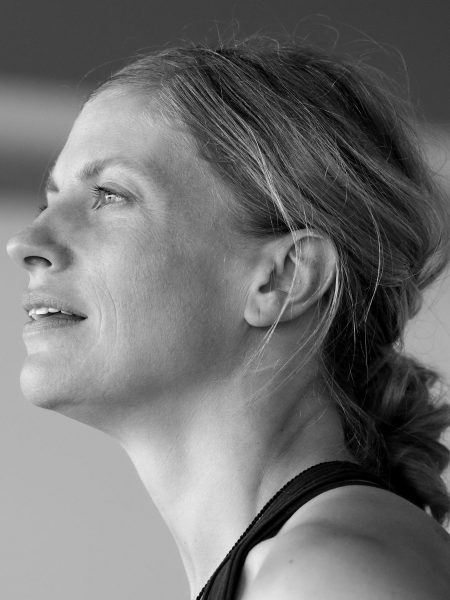 The jury considered the remarkable influence of Crystal Pite’s work abroad, her admirable talent, her diligent approach, her constant research, her keen direction of choreography, her mastery of various stage elements, and her ability to tackle complex and dark topics. The jury also recognizes the richness of her choreographic vocabulary, the number and the quality of her works, her intelligence in the expression of the body. She knows how to highlight her performers’ strengths. Finally, since her brilliant debut with BJM – Les Ballets Jazz de Montréal, this artist has had a beautiful history with Montreal, a connection she has forged and nurtured to this day.

Canadian choreographer Crystal Pite is a former company member of Ballet British Columbia and William Fosythe’s company, Ballett Frankfurt. Her choreographic debut was in 1990, at Ballet British Columbia. Since then, she has created over 50 works for different companies such as the Opéra de Paris, the Royal Ballet, the Nederlands Dans Theater I, the Cullberg Ballet, the Ballett Frankfurt, the National Ballet of Canada, the BJM – Les Ballets Jazz de Montréal (as resident choreographer between 2001 and 2004), the Cedar Lake Contemporary Ballet, and the Ballet British Columbia. She has also collaborated with the Electric Company Theatre and Robert Lepage. Crystal Pite is Associate Choreographer of the Nederlands Dans Theater, Associate Dance Artist of Canada’s National Arts Center, and Associate Artist at Sadler’s Wells in London. In 2002, she formed her own company Kidd Pivot in Vancouver to present her works, such as Dark Matters, Lost Action, The You Show, The Tempest Replica, and Betroffenheit (co-created with Jonathon Young) in national and international tours. Crystal Pite is the recipient of many prizes, including three Sir Laurence Olivier Awards and the Benois de la Danse 2017 for her piece The Season’s Canon for the Opéra de Paris’ Ballet. She will perform on stage in Montreal in Revisor next March.