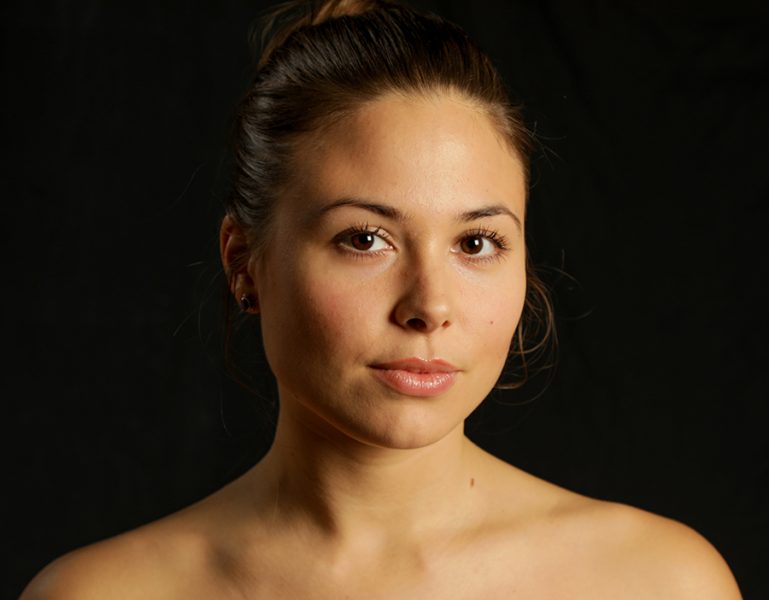 Daina Ashbee is a Montreal-based artist, performer and choreographer of Dutch, Cree and Métis descent. Her work is often influenced by her heritage and experiences as a young woman, using both contemporary and traditional means of expression. She has performed at the Global Alliance Against Female Genital Mutilation in Switzerland (2015), the Musée d’ethnographie de Genève (2015), La Chapelle Scènes Contemporaines (2015, 2016) and MAI (Montréal, arts interculturels) (2014). This fall she took her project Unrelated to the Oktoberdans Festival in Bergen, Norway, which will be presented again in London, England in November.

Daina Ashbee has undertaken residencies and mentorships at Circuit-Est centre chorégraphique, MAI (Montréal, arts interculturels), and Studio 303. Last September she presented a new piece, Pour, in its world premiere at La Chapelle Scènes Contemporaines. In 2015, she was a finalist for the CALQ Prize—Work by an Emerging Artist in Montreal, for Unrelated. Since 2014, Daina Ashbee has been an associate artist at Diagramme – gestion culturelle.