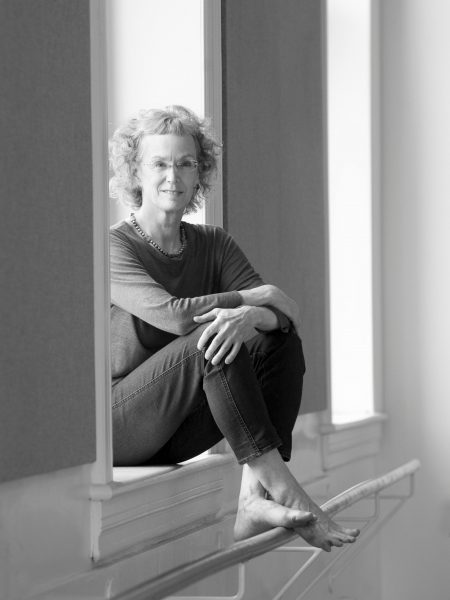 This prize is awarded to Dena Davida in recognition of her tremendous contribution to the dance community during her long career, her interest for emerging voices and the development of professional artists, and her ability to analyze and constantly seeks to renew the discipline. The Prix de la danse’s Board of Directors is particularly inspired by her current reflections on curating.

Born to a family of artists in the United States, Dena Davida was trained in the performing arts from an early age. She settled in Canada in 1977. She taught her first courses in Québec and formed a collective dance company of contact improvisation. She co-founded Tangente in 1980, Quebec’s first contemporary dance venue, where she is still a curator, and the Festival international de nouvelle danse de Montréal in 1982. She taught composition, improvisation, Laban analysis, aesthetic, and the anthropology of dance in the dance department of the Université du Québec à Montréal between 1985 and 2010. In 2006 she completed a Ph.D. from UQAM with an ethnographic thesis focusing on the nature and function of artistic dance. As the author of articles published in professional and artistic journals, she now runs the publication Fields in Motion: Ethnography in the Worlds of Dance (2012), in collaboration with 26 international authors. Her current long-term project is to contribute to developing the professionalization of the live and performing arts curation, her own profession for 40 years. She taught the first course in Canada in this body of knowledge at UQAM in 2014, and co-organized an international symposium. She co-leads a second anthology in collaboration with 55 authors titled Curating Live Arts: Critical Perspectives, Essays and Conversations on Theory and Practice (2018). She is a recipient of the Grand Prix de Conseil des arts de Montréal pour Tangente (2007), of the premier Prix de fondateur of the Société canadienne d’études sur la danse (Canadian Society for Dance Studies) (2011), and of the Prix de reconnaissance of the UQAM Faculty of Arts (2014).