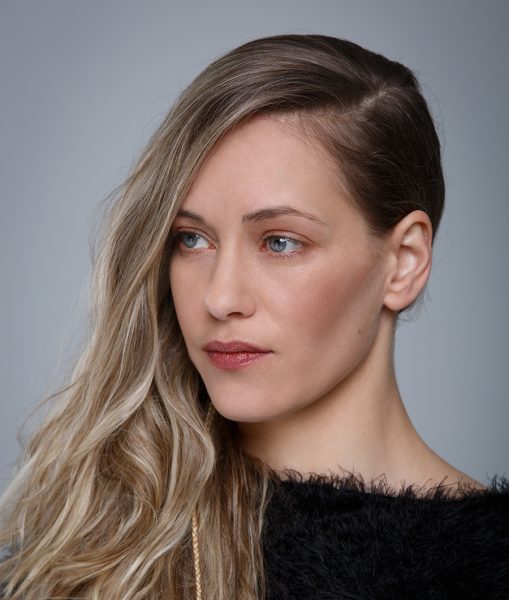 The jury cited the great power, precision and instincts of Esther Gaudette, a dancer at once enigmatic and impossible to categorize. It also mentioned her keen sensitivity and total commitment to a specific path devoid of complacency, as well as the consistency of her choices.

Esther Gaudette, an accomplished dancer, began her career at the age of 16 with the dance company Sursaut. After graduating from the École de danse de Québec in 2000, she went on to work as a dancer, choreographer, rehearsal coach and teacher. She has since played a part in several productions by Isabelle Van Grimde and by Francine Châteauvert, and was also cast in the shows 5 heures du matin by Pigeons International, Corps noir by Stéphane Gladyszewski, and Fifteen Heterosexuel Duets by the company Coleman Lemieux.

She has danced for Daniel Léveillé Danse since 2007, alternately performing all the female roles in his productions. Esther Gaudette is part of the cast of Solitudes Solo (winner of the 2012-2013 Prix du CALQ pour la meilleure oeuvre chorégraphique) and Solitudes Duo.

As an actor, Esther Gaudette has appeared in such feature-length films as L’espérance by Stefan Pleszczynski, Soupirs d’âme by Helen Doyle, and Karaoké Dream by Jean Leloup. She has also appeared in the theatre as a dancer, performing in Paradis perdu under the direction of Dominic Champagne in 2010, as well as Poésie, sandwichs et autres soirs qui penchent (2006 and 2016 versions) under the direction of Loui Mauffette.

In September 2015, Esther Gaudette began a collaboration with choreographer Daina Ashbee, performing the solo When the ice melts, will we drink the water?, winner of the 2016 Prix du CALQ pour la meilleure oeuvre chorégraphique.