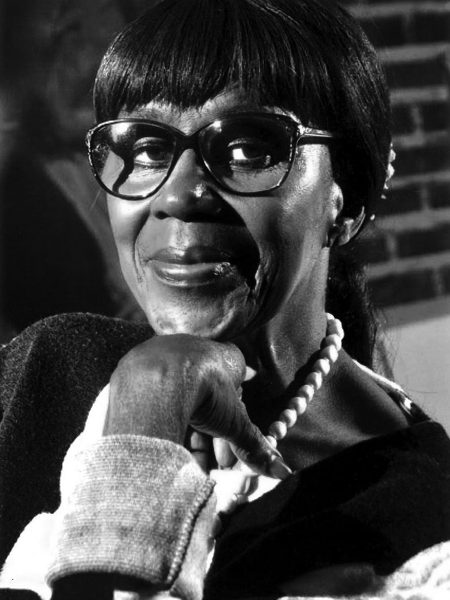 Affectionately nicknamed “Miss Swing” and “the queen of tap dancing”, Ethel Bruneau has an outstanding career as an artist and teacher! A performer, choreographer and teacher for 70 years, this multi-talented figure is dedicated with passion and excellence to her art. She embodies a luminous, committed and inspiring artistic approach. Whether on stage, alongside the greatest artists of her generation, but also in the studio, with thousands of students of all ages, to this day, to whom she passes on her love and knowledge of tap dancing. Throughout her career, she has influenced generations of amateur and professional dancers, and has made Montreal a major tap dance destination. Ethel Bruneau has made dance history in Quebec. We are grateful and proud that this Harlem-born artist chose to settle, perform and teach in Montreal in the 1950s.

At barely 16 years old in 1953, after studying with Mary Bruce and at the High School of Performing Arts in New York, Ethel Bruneau joined the dance troupe that accompanied jazz singer Cab Calloway and his big band on their North American tour. She discovered Montreal and decided to settle there. Bruneau went on to sing and dance in dozens of Montreal clubs, including Rockhead’s Paradise, Aldo, Black Bottom, Cavendish Club and Maroon. Distinguishing herself on all stages, she won “Miss Swing” and “Afro-Cuban Queen” awards. In 1960, she started teaching in Dorion, before opening her first school on Sainte Catherine Street, not far from the studios of Eva Von Gencsy’s Ballet Jazz de Montréal. She also shared her skills and experiences with the Universal Negro Improvement Association (UNIA) in Petite-Bourgogne. Finally, in the early 1960s, she founded the Ethel Bruneau Tap Dance School in Dorval, where she popularized her style of tap dance. After nearly four decades, the school closed down in 2019. Ethel Bruneau has trained and inspired thousands of students, including Travis Knights, winner of the Canada Council’s Jacqueline Lemieux Prize in 2020.