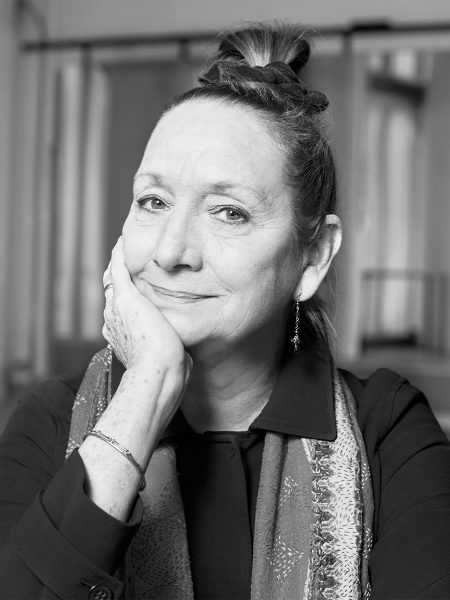 The PDM Board of Directors wishes to pay tribute to one of Canada’s passionate and seminal contemporary dance artists. Lucie Boissinot spent the first 24 years of her career as a charismatic dancer and muse honing and refining her art with several choreographers. As artistic and program director at the ECDM for the past 18 years, she has drawn on her innate wisdom and renown to transfer her love of dance, thereby marking entire generations of choreographers and dancers.  Lucie Boissinot is a fighter, a woman committed to promoting and advancing Quebec dance and culture, but also to broader causes related to major societal issues. With the announcement of her departure from the EDCM next June, to dedicate herself to personal projects, the Prix de la contribution exceptionnelle was deemed a fitting way to recognize a career dedicated to dance and teaching.

Lucie Boissinot has worked in the contemporary dance community for 45 years, first as a dancer, then as a teacher and choreographer. During the course of her accomplished career as a professional dancer from 1979 to 2003, she worked with the Grands Ballets Canadiens, the Toronto Dance Theatre, the company Danse Partout, and the Fondation Jean-Pierre Perreault. As a sought-after performer and muse for many choreographers, she collaborated on the creation of numerous Canadian choreographic works, notably with Harold Rhéaume, Tedd Robinson, Catherine Tardif and Luc Tremblay. In 1985, she received the Jacqueline Lemieux Prize from the Canada Council for the Arts in recognition of her remarkable contribution to dance in Canada.

Between 1987 and 2004, Ms. Boissinot created some 20 works for advanced training centres and within the professional community. In addition, she worked with several theatre directors, overseeing the creative component for movement and choreography.

Lucie Boissinot began her teaching career in contemporary dance at the age of 26. She went on to teach at professional training schools, including the École de danse de Québec, Domaine Forget, the dance departments at UQAM and Concordia University, the School of Contemporary Dancers in Winnipeg, and the École de danse contemporaine de Montréal, where she has served as artistic and program director since 2005.

Since taking over as artistic and program director at the ECDM, she has made numerous advances in collaboration with the team, with the intent to truly bring the school’s mandate into the 21st century, by taking into account the broad spectrum of knowledge required by current choreographic creation. To achieve this, she completely overhauled the college program, documenting the content and reviewing all the evaluation methods, and designing and drafting a dance teacher training program in collaboration with the École supérieure du ballet du Québec, based on the framework for the development of technical studies programs retained by the Ministère de l’Éducation et de l’Enseignement supérieur. She initiated more than 270 choreographic transmission or creation meetings, inviting choreographers across different generations and horizons to come and create works with young dancers in training. She also established exchanges, collaborations and events with several institutions, both in Canada and in Europe.